The county relies on debt, especially General Obligation (GO) bonds, to finance its capital budget. Debt service payments on those bonds are mandatory obligations owed to creditors and compete with funding for schools, public safety, road maintenance, libraries, parks and all other functions of government. County debt has been expanding for at least twenty years. From 2009 through 2017, GO bond debt grew by an annual average of 8.1%. Total debt grew by 8.4% annually. The average rate of inflation in the Washington-Baltimore CPI was 1.5%. That means over the last eight years, the county’s debt has been growing by more than 5 times the rate of inflation. If debt service was a county agency, it would be the largest agency in county government other than MCPS. 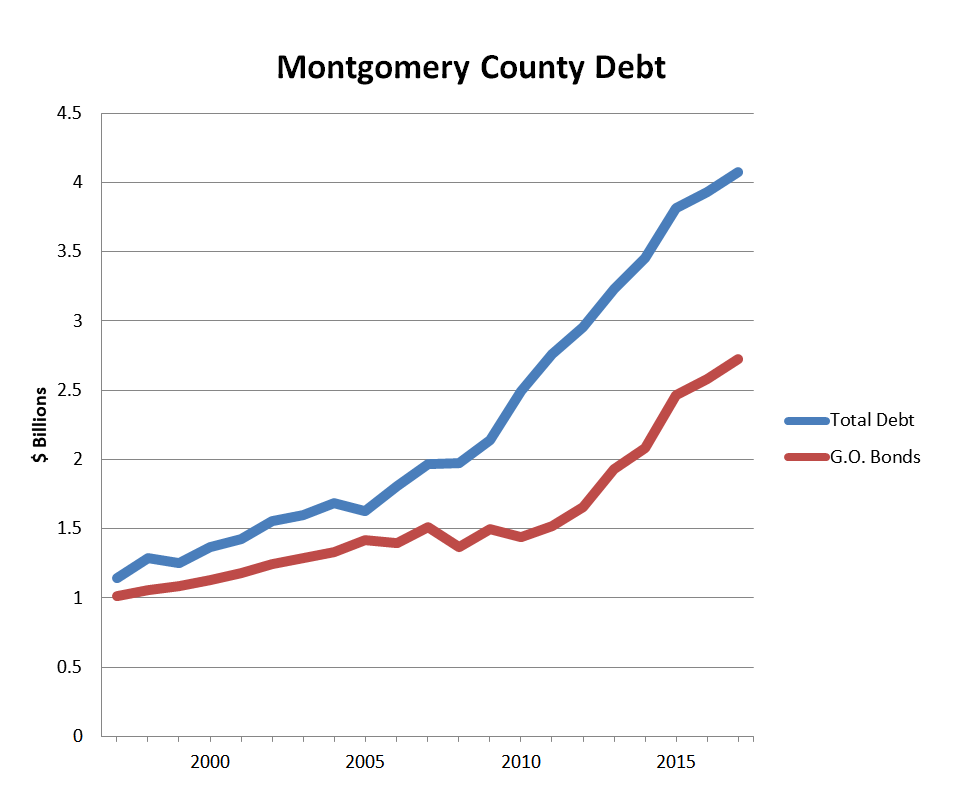 Debt is not an inherently bad thing. It is the primary instrument by which the county funds school construction, transportation projects and other core needs. But a rapidly growing economy is required to pay off rapidly growing debt and Montgomery County does not have that. It has had weak growth in employment and incomes in recent years. It has passed nine major tax hikes in the last sixteen fiscal years only to see revenue growth decline. Without economic growth to pay off the debt, skyrocketing debt service will eventually lead to service cuts and/or tax hikes when the next downturn comes.